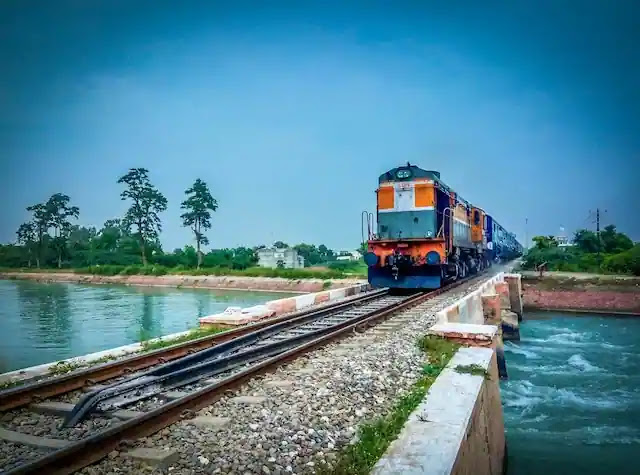 India has one of the largest railway networks connecting all its states, metro cities, major cities and almost all large and small villages inaccessible and remote areas of the country.

As the fourth largest railway network in the world, the Indian Ministry of Railways is committed to developing and improving its network.

The Indian railway system is constantly introducing new modes of transport, designs and technologies to improve its efficiency and make transport easier and more convenient.

Railways are completely dependent on the speed of trains on their network. Speed ​​is one of the most important factors that determine the quality of a train.

Everyone wants to get to their destination as quickly as possible. So there is a huge demand for high-speed trains.

India has few high-speed trains that allow people across the country to travel frequently and cover long distances quickly.

So now let's talk about some high-speed trains in India.

Vande Bharat reached a top speed of 180 km/h during the test run and 160 km/h in commercial conditions.

It runs between Varanasi and Delhi, the capital of India. It is also the first of the trains to be completely made in India.

The train covered this distance in 100 minutes and its speed was close to 160 km/h.

The next name in the list of the 10 fastest trains in India is Shatabdi, Bhopal.

The speed of this train reaches up to 155 km/h. It covers the stretch between New Delhi and Agra and connects all significant places between the time.

Want to travel by super fast train in India? Rajdhani Express is one of your best options.

Rajdhani Express is one of the fastest trains in India connecting all major cities of India with Rajdhani-Delhi.

The famous Duranto Express is another fastest trains in India that cover the stretch between sealdah and New Delhi.
Duronto Express covers longer distances with fewer stops.

Sealdah Express is the fastest "Duronto Express" travelling at a speed of 135 km/h.

The train is powered by WAP-4 and WAP-7 locomotive engines.

Running at a speed of 132 kmph, the Delhi Airport Metro Express is one of the most popular trains in India.

The comfort of the train is like a luxury metro and people really prefer this train.

This is the second Shatabdi Express train to Kanpur centre and Lucknow Swarna is the first.

This train stands out, its timetable is a reverse version of Lucknow, another super-fast Indian train.

Howrah Rajdhani Express is one of the most prestigious trains in India that connects New Delhi to the Famous Howrah station in Kolkata.

It has a speed of up to 130 km/h and is one of the famous Rajdhani express trains of the Indian Railways.

another Howrah train is here. Powered by WAP 4 and WAP 7 locomotive engines, the Howrah Ranchi Shatabdi Express is one of the fastest trains in India, running at a speed of 130 km/h.

It connects the area between Howrah in West Bengal and Ranchi in Jharkhand.

The distance between the two cities is almost 425 kilometres and the train covers the distance in only 7 hours.

Part of the 'Garib Rath' category, the Bandra Nizamuddin Garib Rath Express is one of the fastest trains in the country.

The train is equipped with a WAP 5/WAP 7 locomotive engine and has a maximum speed of 130 km/h with the best facilities like air conditioning, clean toilets, clean seats and much more.

this is a list of the top 10 fastest trains in India.

"Lokmanya Tilak Nizamuddin AC Express" is one of the fastest AC express trains in Indian Railways.

This train runs at a speed of 120 km/h and has many other names.

But this is not enough to compete on a global scale.

Indian Railways has been working hard to collaborate with other countries and supply more high-speed trains and of course bullet trains also.

I hope we can see more superfast trains in India in the coming years.

please leave a comment, so we know your opinion on this topic.

share this article with your friends and family to help them gain knowledge.